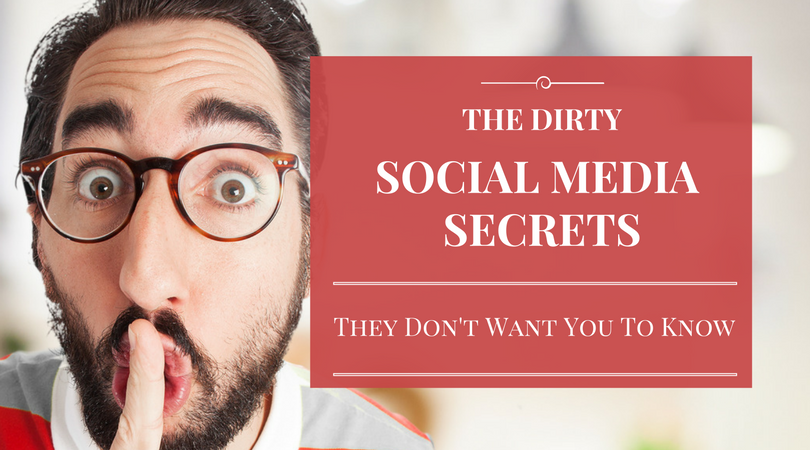 Pssssst…. Want to hear a secret? We’ve got three. They’re all about social media, and we have to warn you in advance – you’re not going to like what you’re about to hear.

You’re Behind the Times

If you’re bristling and preparing to retort with some version of “you don’t know me!” let’s just save some time. No, we don’t know you, but unless you’re spending an hour or two every day poring over industry news and fiddling with all your social media apps, you can’t even hope to be up to date on everything that’s happening on the interwebs.
Somehow Snapchat has gone from being the app tweens use to put virtual dog ears on their heads to a media giant that generates 10 billion video views in a single day. For the sake of perspective, that’s 2 billion more than Facebook is pulling in during the same time frame. Meanwhile, you’ve been out texting prospects by hand when your competitors have automated everything using Textpedite.

The world is moving quickly, and while you’re trying to figure out how to upload your new logo to Instagram, your more social-savvy competitors are stealing your customers.

Analytics Aren’t Always What They Seem

How many times have you gleefully watched the number of “likes” on your Facebook post grow before realizing that the view counter on the blog your post linked to hasn’t even budged? In many ways, social media is based on a series of illusions: users are fond of the brand or person posting, so they show their support through a quick click of that perky little thumb icon; someone likes the question posed in a post’s title or lead-in, so they share it.

Chartbeat CEO Tony Haile nailed it when he said,“We’ve found effectively no correlation between social shares and people actually reading.” If you’re wearing your retweets like a badge of honor, well, no one’s going to tell you to stop, but they’re those in the know are secretly whispering about your naiveté. The fact is, we live in a busy society, and there’s no way we’re reading all the thing we’re retweeting, and sometimes we read things that we don’t share at all, either because we forget, we’re too lazy, or we don’t want people to know that we’ve spent all afternoon researching the top 10 ways to throw a unicorn-themed party.

Your Colleagues Are Also Your Competitors

Wasn’t it so nice of Bob from Vance Refrigeration to share your “Top 10 Things to Look for in an HVAC Pro” blog? And look, that famous SEO expert you follow just commented on your app launch post!

The excitement is understandable, but while you’re doing handstands because “they like you, they really like you” you’re entirely missing the point. Bob isn’t sharing your post to help you out, he’s sharing it with a note saying “we offer all this and more!” That’s right, Bob is using your work to build his own customer base. And that SEO expert who commented? He’s using your post to showcase his own knowledge, and possibly making you look dumb in the process. Not everyone is out to get you, but almost everyone is out for success, and one is often tied to the other.

What Does It All Mean?

Depressed yet? All is not lost! These dirty secrets aren’t meant to destroy you but rather to inspire you. Take what you’ve learned and use it to your advantage:

The moral of the story:

Some things are hard to hear, but stomach a few secrets and you’ll be prepared to chase success.